STARBASE began in 1989 as an idea in the minds of three people. Barbara Koscak, a Michigan elementary school teacher, Brigadier General David Arendts (Ret.), Commander of the 127th Fighter Wing at Selfridge Air National Guard Base in Michigan, and Lieutenant Colonel Rico Racosky, an F-16 pilot and creator of dream + action= Reality.

Their dream was to create a program which responded to the needs of youth through a curricula of goal setting skills and stimulating hands-on math and science activities, coupled with drug demand reduction.

The very first program was funded with a grant from the Kellogg Foundation, establishing a pilot program at Selfridge. After a year of classes, Senator Carl Levin of Michigan, responding to a letter of support from Lieutenant General John Conway, Commander of the Air National Guard, sought the additional support from Georgia Senator Sam Nunn. In the summer of 1992, Senators Levin and Nunn presented the STARBASE program to Congress for funding under the Department of Defense budget. In October of the same year, President George H. Bush signed a bill into law making funding available for the next seven years.

STARBASE ROBINS was the 18th STARBASE to begin operations with its inaugural classes in 1996. It is one of numerous civil-military cooperation initiatives approved by Major General Robert A. McIntosh, United States Air Force, Chief of Air Force Reserve.

Department of Defense (DoD) STARBASE offers a positive, proven approach to engendering excitement and interest in Science, Technology, Engineering, and Mathematics (S.T.E.M.). This knowledge is important to our nation’s future because:

• During this decade, employment in science and engineering occupations is expected to increase at almost four times the rate for all occupations.

• In 2015, just 40% of U.S. 4th graders were rated at or above proficient on a National Assessment of Educational Progress (NAEP); more than 1 in 10 scored below the basic level.

• Only 42% of U.S. high school graduates in 2015 met the ACT College Readiness Benchmark in mathematics and 36% in science.

•The rapid pace of technological change and globalization of the economy, simply demands that our workforce be literate in science and math.

• An over-reliance on the math and science talent of foreign students represents a major potential weakness in the future competitiveness and vitality of the U.S. economy and workforce.

• Students who attend DoD STARBASE Academies increase their knowledge and skills in S.T.E.M.

• Students who attend DoD STARBASE improve their attitudes about and their confidence in S.T.E.M.

Note: This information was obtained the DoD STARBASE site. 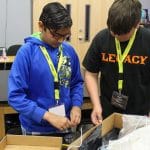 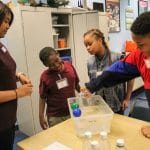 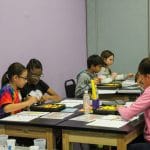 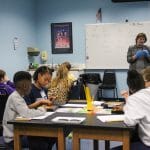 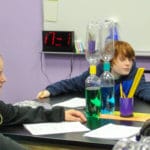 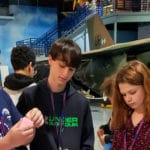 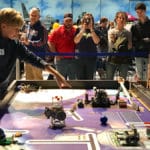 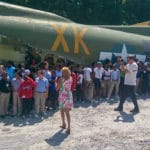 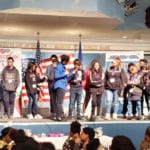 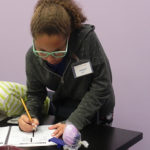 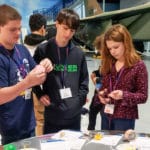 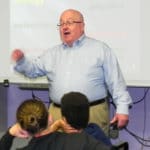